Parental Alienation: Who Puts Kids in Jail for Not Seeing their Dad? 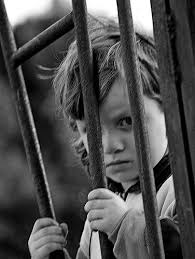 On July 10, 2015, Detroit’s Judge Gorcyca, found three siblings in contempt of court and sent them to a juvenile detention center/sleep-away camp in Oakland County, for “failing to maintain a healthy relationship with their father.” The reason: the 15, 10,and 9 year-old siblings refused to have lunch- much less any contact with their father at all- for the seven months prior.

According to court transcripts, Judge Gorcyca admonished the children, “You’re so mentally messed up right now, and it’s not because of your father… In fact, he has moved mountains to become a part of this family.”

Judge Gorcyca draws parallels between the children’s abnormal enmeshment with mom and outward disrespect to law enforcement to the cult-like behavior Charles Manson’s followers.   She ordered that the children be separated from one another within the quarters of the juvenile detention facility, arguably to take away the power of this toxic sibling set.  Likewise, mom, Maya Eibschitz-Tsimhoni, and her family are prohibited from contact while the children are in custody.

Is this too extreme of a measure? “This is really a draconian remedy,” CBS News legal expert Rikki Klieman said Friday on “CBS This Morning.” “This gives new meaning to the phrases ‘scared straight’ or ‘tough love.'”

However, Judge Gorcyca justified her actions: “While the court’s actions might seem extreme, so is the notion that these children are being taught that the only way to love the mother is to vilify the father.” She underscored the idea of parental alienation by stating “that in the past five years, the court has received no evidence that the father has done anything to negatively impact the children.”

Either way, this case decidedly marks a distinct case of parental alienation.  The 2010 contentious divorce turned saga of strained parent-child relationship lasting five years later, is not only sad but too common.  While finding blame helps some rationalize behavior, we should be looking for solutions instead.

A non-profit called Overcoming Barriers (OCB) marks this seminal case as a call to action to resolve the failure to treat alienation within the adversarial system.  Dr. Matt Sullivan, co-founder of OCB commented on this tragic story:“While each family member plays some part in the overall dynamic, the child is never to blame and should never be the subject of punitive action by the court system under the guise of protecting or promoting the child’s welfare. To do so is to blame the victim, just as when individuals are victimized by domestic or sexual violence.” Dr. Sullivan, asserted that,”the child’s behavior is symptomatic of the system’s failure.”

There is no simple answer.  Is the two-week respite from mom going to repair five years’ worth of damage? Probably not.  However, this judge is sending a message that we cannot allow parents to act as puppeteers- controlling their children.