As a family lawyer, I have seen everything under the sun when it comes to the scandalous and scathing texts that people send each other. But now, thanks to the invention of “ephemeral technology,” these indiscretions may disappear from the light of day.

A number of new technologies now allow users to send instantly disappearing messages and photographs to others, in some cases with no record of being sent.

The ramifications to those involved in family law cases are significant, since texts and emails can provide vital evidence to proving your case. I have frequently seen text messages, emails and social media influence outcomes in court.

Now, thanks to apps like Snapchat and Cyber Dust, despicable texts from your ex-spouse can seemingly evaporate into the ether. And all evidence of their late-night sexting with their lover can potentially be erased.

(If Tiger Woods had such technology, maybe he would still be married…)

Then again, Snapchat has proven to be more vulnerable than it initially appeared. 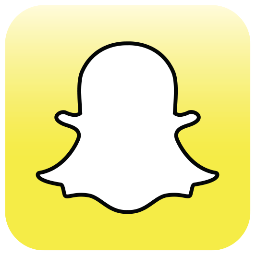 Currently the dominant app in this space, Snapchat is a mobile messaging app that has become insanely popular with teens and young adults. It is estimated that the app’s 100 million users send 400 million “Snaps” to each other per day — more photos than are sent on Facebook and Instagram combined.

According to the Snapchat website, “you control how long your friends can view your message — simply set the timer up to 10 seconds and send. They’ll have that long to view your message and then it disappears forever.”

User beware: There is no guarantee of security with Snapchat.

Despite the perceptions of its users, it seems that Snaps are actually saved (they are just hidden.) Thus, if the content gets steamy and you want to claim that it is confidential, good luck in protecting your messages or photos from the court. And since there are ways to take screenshots before an image disappears, chances are that your sexy, late-night selfie that you accidentally sent to your husband instead of your boyfriend may be on its way to the court or even circulated on the Internet.

Snapchat was also recently hacked and 4.6 million users had their accounts compromised. A quick Google search of Snapchat can reveal a laundry list of embarrassing leaked photos and messages. (NOTE: Content is likely NSFW, so Google with caution).

In the divorce context, with a few hundred dollars and a forensic expert, you might be able to unveil those allegedly erased Snaps. According to Kashmir Hill from Forbes, forensics experts have cracked the code retrieving these “disappeared” photos and messages from smartphones.

Richard Hickman, of Decipher Forensics, found that it’s possible to pull Snapchat photos from Android phones simply by downloading data from the phone using forensics software and removing a “.NoMedia” file extension that was keeping the photos from being viewed on the device. He published his findings online and local TV station KSL has a video showing how it’s done.

None of your Snaps are confidential or NSA protected.

Currently, the Federal Trade Commission has not done anything to stop Snapchat for deceptive or misleading trade practices as it has with counterparts such as Path, who was recently fined $800,000 for its missteps surrounding customer privacy issues. However, because this is evolving technology, stay tuned to see what happens with Snapchat and beware of what you send.

Which brings us to the most revolutionary technology so far — fittingly, backed by a true “Maverick.”

As billionaire investor Mark Cuban learned during hissuccessful battle against the SEC, we now live in a world where texts, tweets and emails can potentially be used against you. Mr. Cuban faced insider trading allegations by the SEC and had his texts messages used against him. Ultimately, Mr. Cuban was exonerated.

Like a true entrepreneur, Mr. Cuban saw this challenge as an opportunity.

As Mr. Cuban explained via email: “When you send a traditional text, the minute you hit send you lose ownership of the text but you do not lose responsibility. (The recipient can then) post it on Facebook, Twitter, wherever can make even the most harmless text seem scandalous. Your texts may live forever. You have no idea.”

He leveraged his experience to develop Cyber Dust, an app for disappearing text messages and photos that is similar in some ways to Snapchat. Cyber Dust allows you to send a text message to another person that dissolves into the ether within 30 seconds.

Once the recipient views the Cyber Dust note, it vanishes permanently in 30 seconds. Unlike Snapchat, Cyber Dust does not actually cache anything on the mobile device. As reported in Upstart, the data is stored entirely in random access memory (“RAM”) and does not touch a hard drive, ensuring that there is no risk the data could be recreated.

So, unlike Snapchat, you have no record for the courts to see. While users are notified when the recipient takes a screenshot, Mr. Cuban stated that Cyber Dust is working to prevent this. Currently, he writes, “Apple does not allow us to prevent ScreenShots, (but) we can prevent ScreenShots on Android… If (that) is important to your business, you can communicate Android to Android and avoid them.”

“Cyber Dust allows you to take greater control of your digital footprint in your personal and professional life,” writes Cuban.

If your “disappearing ink” can suddenly reappear, you may be in for a world of hurt. The best practice is to refrain from sending incriminating, lascivious, crazy photos, tweets and videos on ANY service.

I have never seen any such communication deliver a positive outcome. But, we are all human, and as technology enables us to be more impulsive and reactionary, we need to install the right app so that our private chats stay private.

As a divorce lawyer, my recommendation to my clients who cannot resist the texting urge is to use Cyber Dust.

A word to those who will criticize this app for enabling cheaters to have undetected affairs:

This app also protects clients from the damage of over-heated text arguments with their ex-spouse, which are a common occurrence in divorce but which can become court evidence when conducted via text.

How many times have you said something in the heat of the moment that you later regretted? Something that did not accurately represent you, but which you said out of passion and anger?

In the same way that Mark Cuban had his prior communications taken out of context by the SEC, your ex-spouse could easily use a single text message to mischaracterize your behavior. The resolution of your could significantly change because of one impulse decision.

The best protection is probably to just get rid of your cell phone.

NOTE: None of the information in this blog constitutes or is intended to be legal advice. These rates above are no guarantee of what you can expect to receive/pay. If you would like to know about your individual situation or if need legal counsel, you should consult an attorney regarding your individual situation. We invite you to contact us and welcome your calls, letters and electronic mail. When you contact the Law Office of Natalie Gregg, this does not create an attorney-client relationship. Please do not send any confidential information to us until such time as an attorney-client relationship has been established.